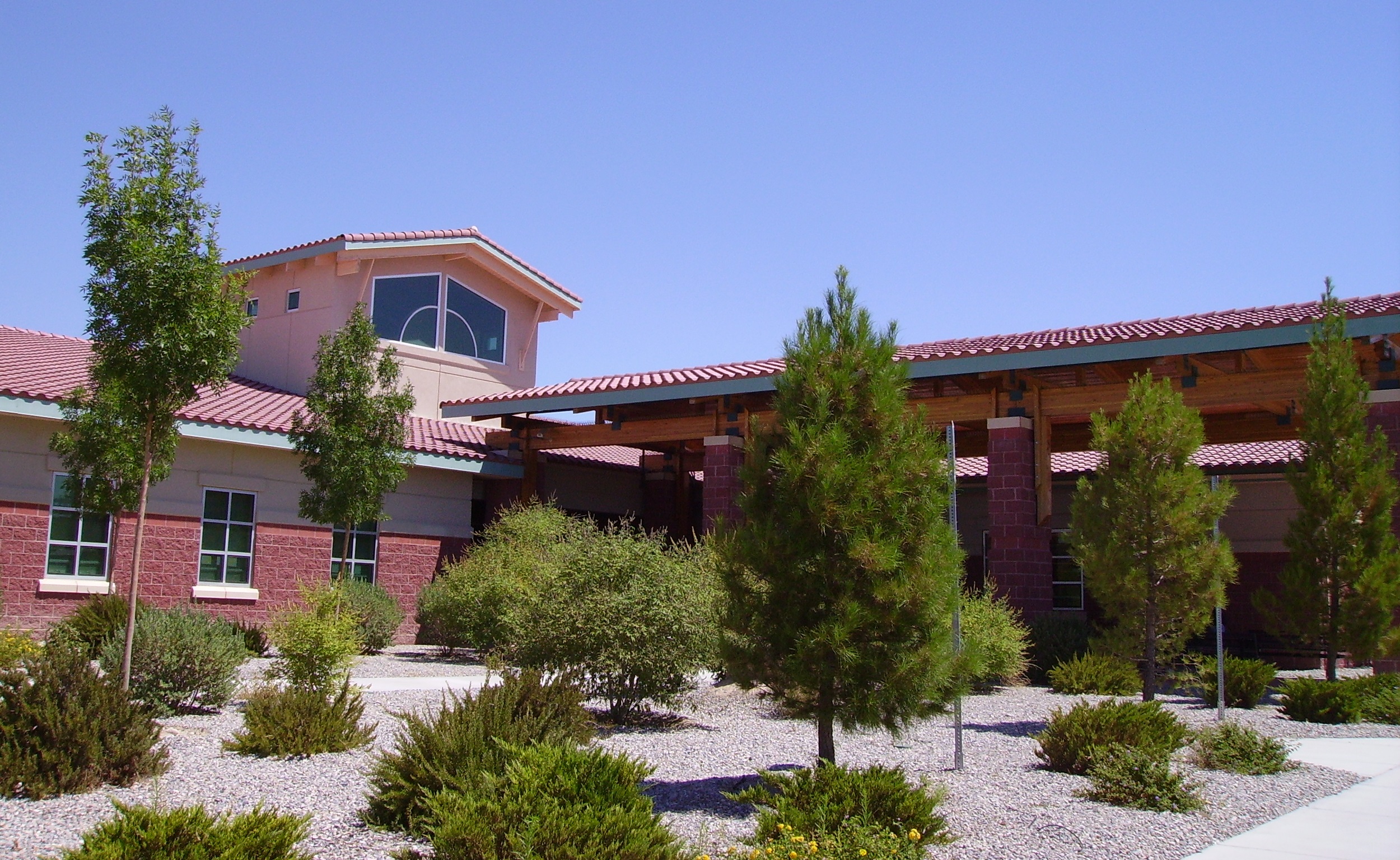 At one time or another, Pahrump’s library has had wheels, jail cells, and a walk-in freezer.

In 1955, Pahrump’s first informal library served the twenty-seven families living in the valley at that time. Donated books shared space with the Post Office where anyone could exchange books; this practice served the community until 1974.

In 1974, Pahrump served as a test model for the Clark County mobile library service. The bookmobile would park where Nevada State Bank is now on Tuesday afternoon from 4:30 to 7:30. Joan Lewis became the first librarian. Ms. Lewis would travel to the elementary school and conduct Story Time for the 18 boys and girls in the valley. Later that year, adult paperback books were housed in the community center, which was open one day a week for 1-½ hours.  The Summer Reading Program was held in the park under the trees.  Doris Shirky spent countless hours lobbying the County Commissioners for the building that was the old jail. February 1, 1978 the old jail was converted into the Library.  It was named “Pahrump Community Library” and Joan Lewis became the first official librarian. The Library was open for 17 hours per week and during the grand opening on May 13, 1978.

In 1980, the Library received a Fleischmann grant of $66,000 for an addition to the building. Construction began in January 1982, and in July of that year the Library reopened with an additional 720 square feet for a total of 1,350 square feet. The hours were also increased from 17 to 21 per week. A mere two months later, in September, the hours were again increased, this time to 24 hours per week.  In April 1984, the Library, with the approval of the voters and the Nevada Department of Taxation, became a Library District.

In 1993 the Library moved to The Calvada building near the duck ponds (where the old restaurant walk-in freezer was used for storage) but continued to use the old building for literacy teaching and for the Friends of the Library book sales. The Library was housed in the 5,000-square-foot building in the Preferred Equities Corporation complex with a $10.00 per year lease.  As the community and library usage continued to grow, it was evident that a new building would be needed.

In 1998, after coming before the public twice, a bond issue passed and building began on a new library with 20,000 square feet.  In January, 2001, the doors of our new state-of-the art Library opened to the public.